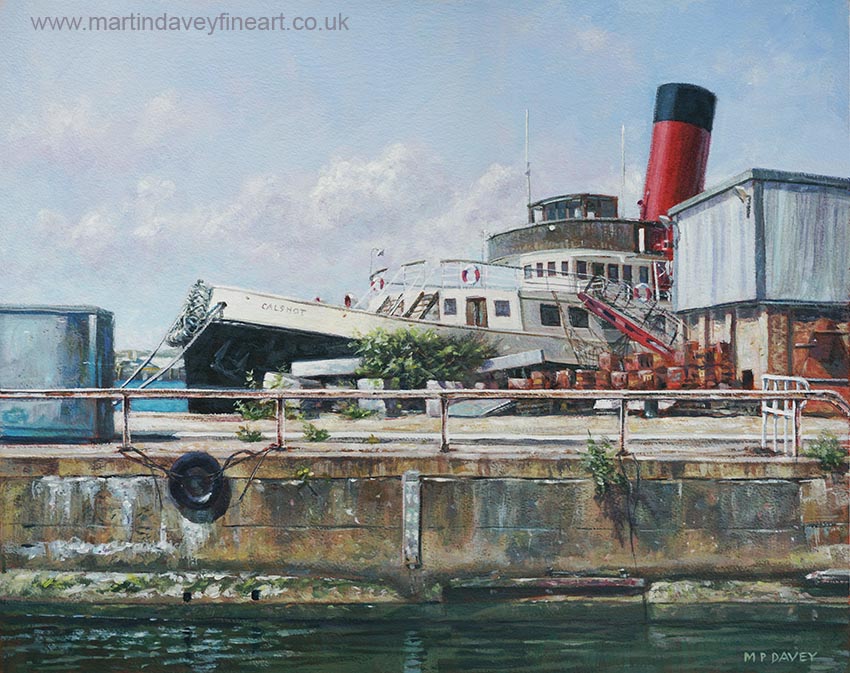 Calshot is a tug tender boat built in 1929 and completed in 1930 for the Red Funnel Line, and was a famous resident working tug at Southampton Docks during the heyday of classic shipping in the 1930's, 40's and 50's. Amongst the famous ships it manoeuvred were the RMS Queen Elizabeth,SS United States, RMS Olympic and RMS Queen Mary. In 1964 she was sold and renamed, and based in Ireland. During 1986 Calshot returned to Southampton to undergo restoration at the docks, and be a part of a proposed transport museum there. Unfortunately the plans were scuppered and although the vessel continues to be restored, its future is unsecured as of 2018.
The tug tender is named after a coastal village along Southampton water.
This painting shows the vessel docked at one of Southampton's dock berths. It is painted in acrylics on paper, sized at 20” x 16”, and was completed in early May 2018.