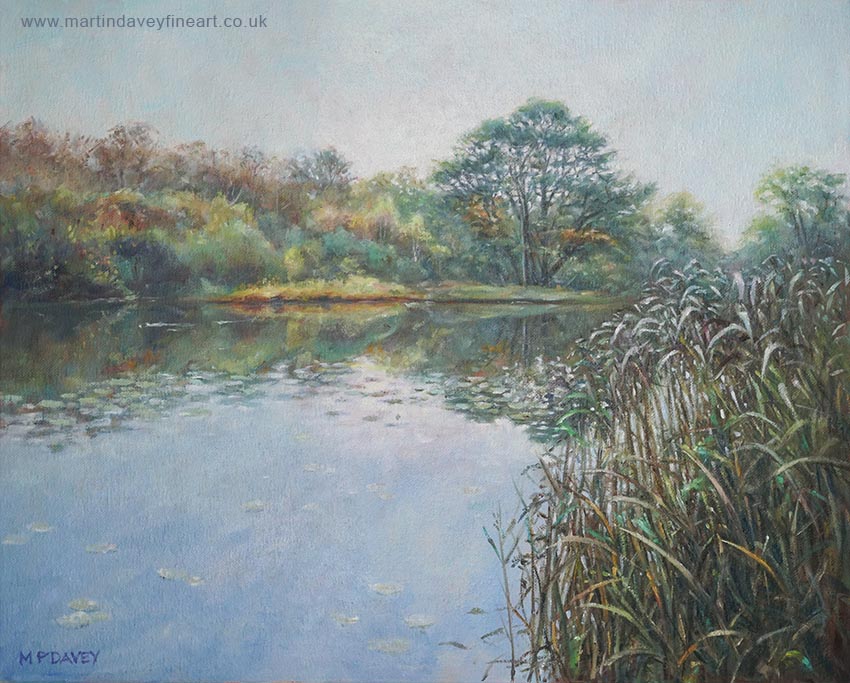 This painting features a scene of the Ornamental lake sited within Southampton common, during a late, sunny evening. It is a site of special scientific interest and includes the largest recorded population of the internationally rare great crested newt. The common is 365 acres (1.48 km2) in size and contains a number of types of land such as woodland, grassland and wetlands. It has been suggested that the area first became a common during 500AD. During more recent times it has played host to a racetrack and a zoo. Nowadays the area is used for music festivals and other large public events. The common can be found in the centre of the city of Southampton, Hampshire.
Painted during April 2018 on canvas, using oil paint. It measures 20” x 16”.