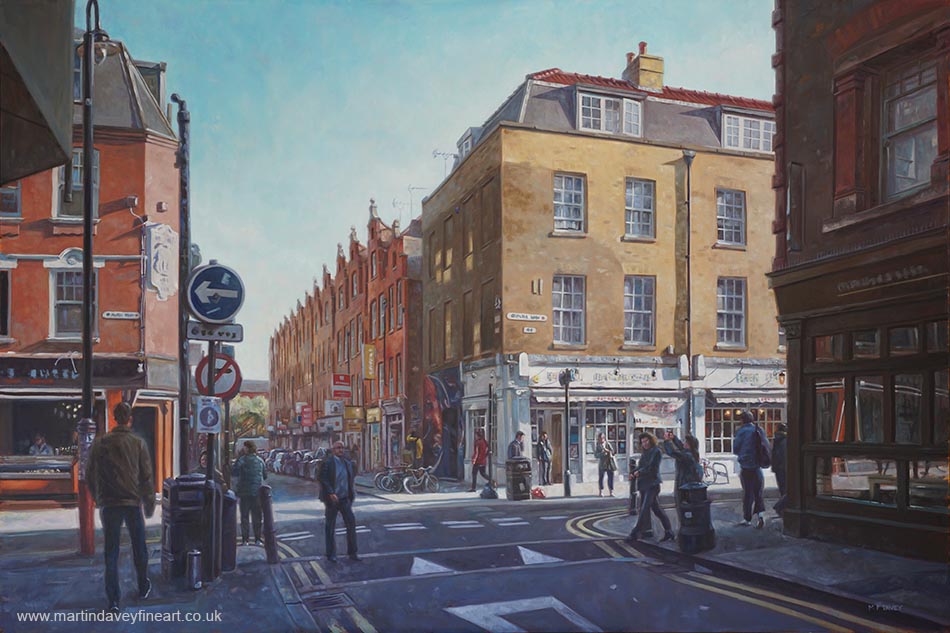 Brick Lane is a famous road in the east end of the city of London, and is close to Liverpool street Station and Spitalfields area. In the 15th century bricks and tiles were manufactured in the area. In later times brewer Joseph Truman set up business in the street.
The area has been known for its high rate of crime, including Jack the Ripper and the Kray brothers, and this was not an area that many would choose to hang around. Generally speaking it was largely forgotten and neglected for centuries. Towards the end of the 20th century famous artists moved in the area, including Tracey Emin and Gilbert & George, and now has a thriving arts community, including use of the old 'Truman brewery' site.
In recent times the area is also known for its Bengali settlement and the world famous string of curry houses along the street, now making the area a tourist destination.
This painting was exhibited in a gallery along Brick lane. In the view Brick Lane is the road crossing left to right, with Hanbury Street running in to the distance, during a sunny autumn afternoon.
It is painted in oils on a canvas measuring 60” x 40”, and was completed during May 2019.