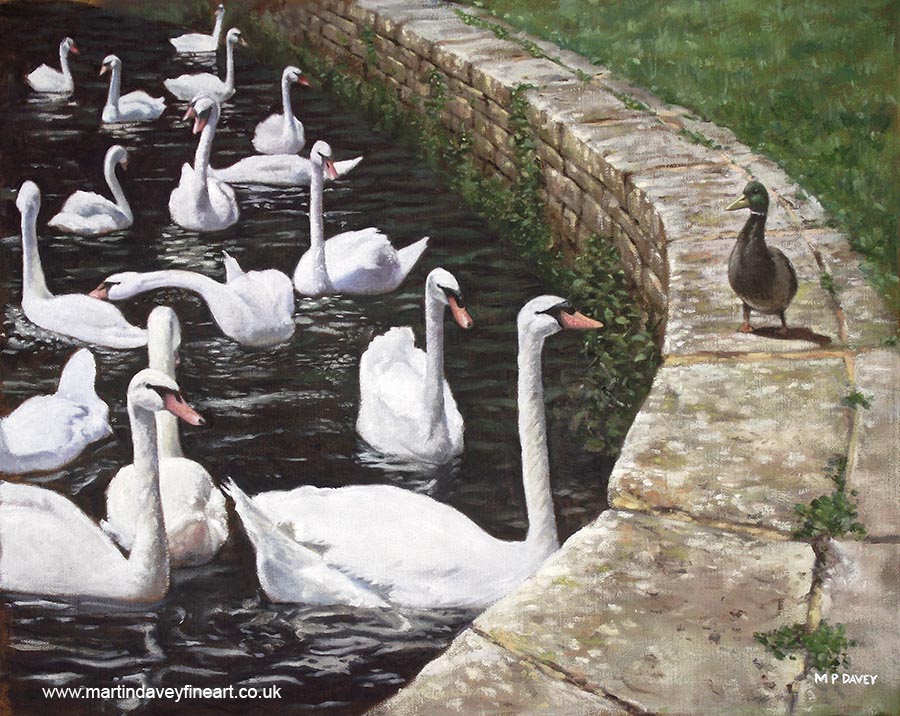 Christchurch Harbour, in the UK has a popular tourist spot where people gather to look at the boats and the many Swans and ducks that live in the area, and expect to be fed. The composition is based on a number of photographs. Originally there was a small boy and mother standing where the duck is, but I thought the painting would be more entertaining if the birds were having their own conversation.  The group of swans were taken again from a number of photographs taken at the same location, but heavily rearranged to provide a happy composition for the final painting. The 'black' water makes a nice contrast to the bright whites of the swans.
The artwork was created in late 2010, in oil paint on a 16" x 20" canvas.