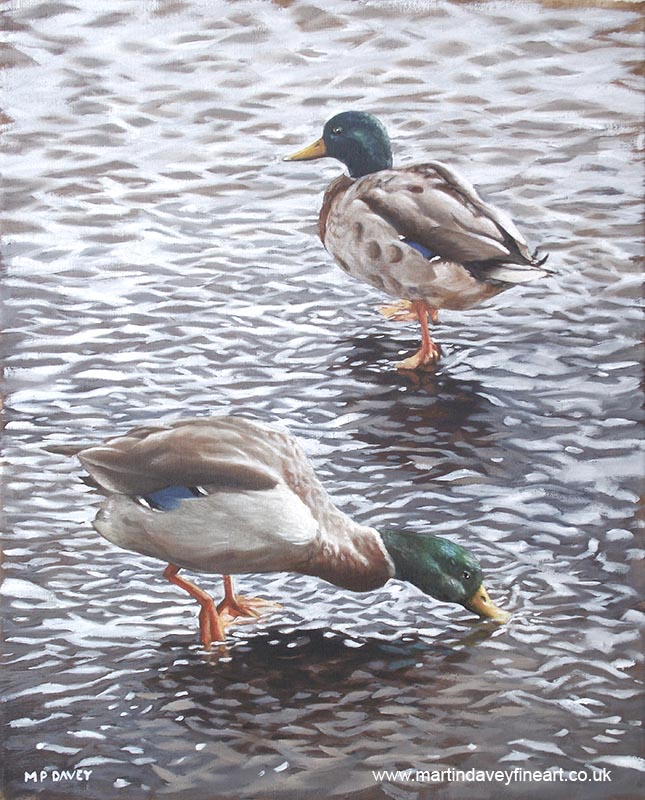 This painting of two Mallard ducks was painted in 2010 in oils on canvas. It is based on two separate photographs, which were then combined in photoshop. The ducks are probably the same duck, but one photo taken after another, while it has changed position. I thought it would make an interesting composition to have two on the same canvas, both standing in some very shallow water. Of course I had to make up the water connecting the two, but this proved to be no problem, once you understand the 'formula' for painting water. It also adds an interesting and unusual background to the artwork.