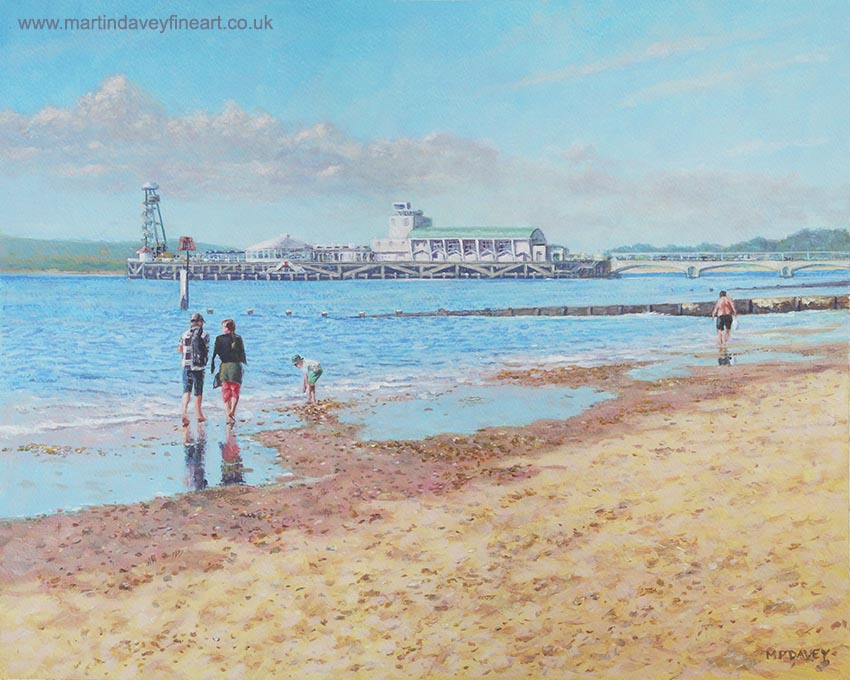 This painting features a scene of the famous pier at the coastal town of Bournemouth, Dorset, on the South coast of the UK. It is pictured during a sunny morning in late summer from the Boscombe side, on the golden sandy beach that the seaside resort its known for. The pier in its current form was built in the 1950s, replacing an earlier Victorian structure, and did feature a theatre (in the large building) but has now been turned over for leisure activities.
The painting is done in acrylics on stretched watercolour paper, the image size being 20” x 16”, and was completed during very early march 2017.