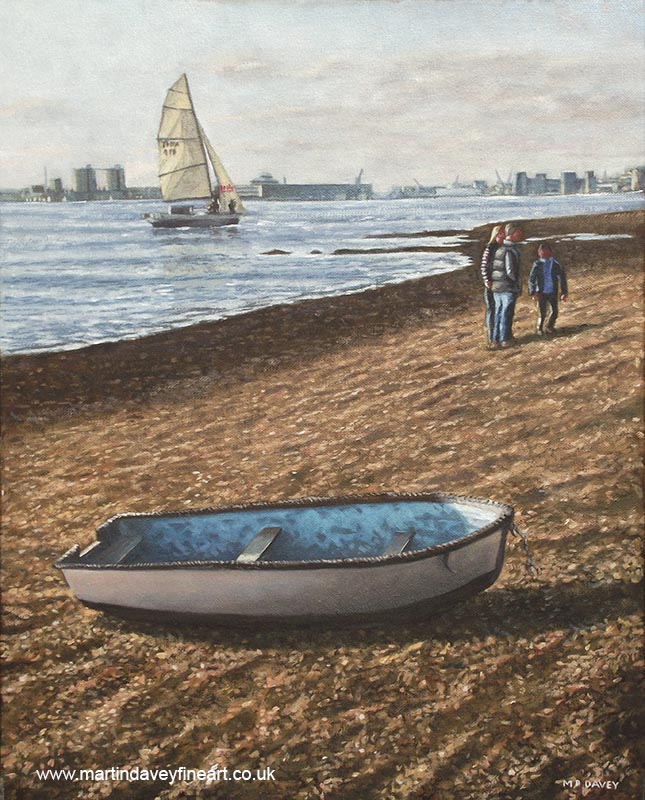 This painting depicts the area of Weston Shore, Southampton. The beach is covered in shingle, rather than sand but is a popular location for residents of the Southampton area. The large river (estuary) is the Solent and sees large commercial ships and passenger liners heading towards or away from Southampton, seen in the background. The distinctive tall grain silos of the docks can be seen on the left, located on the southernmost part of the dockyard area. Netley Abbey ruins are close by. The painting is created in oils, with an initial acrylic base layer. It is based on a number of photographs taken on a cold but sunny autumn afternoon. The large foreground boat, the sailing boat in the distance and the family on the beach were all photographed on the same day and location, but added later to the composition. Painted in 2012 on a 16" x 20" canvas.