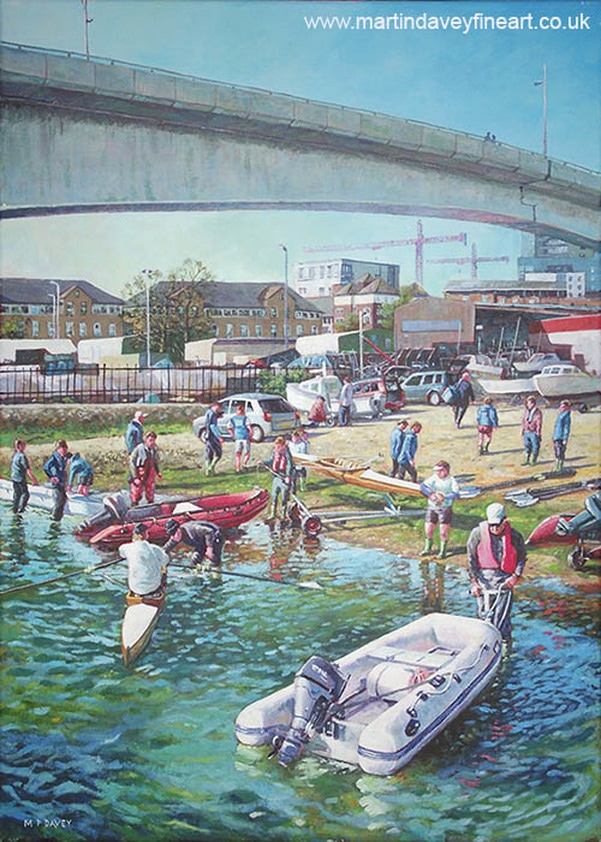 This painting was done in acrylics on stretched canvas. The canvas was 28” x 20” in size, bigger than the normal size I work to because of the intention of it being exhibited in a large gallery. The scene shows activity at the waterfront on the River Itchen, in the Chapel area of the City of Southampton. One of the local rowing clubs is preparing for a Sunday morning on the river with quite a busy scene of vessels being taken out of storage and placed in the water. The scene is surrounded by large buildings as found in this central part of the city with development ongoing in the background. Framing the composition and dominating the scene is the Itchen Bridge, opened in 1977 and 92 ft high at the tallest point.
The painting was completed during May 2016. This painting was one of two, produced for the City Art Gallery’s Open Exhibition 'A Sporting life', during Summer 2016.