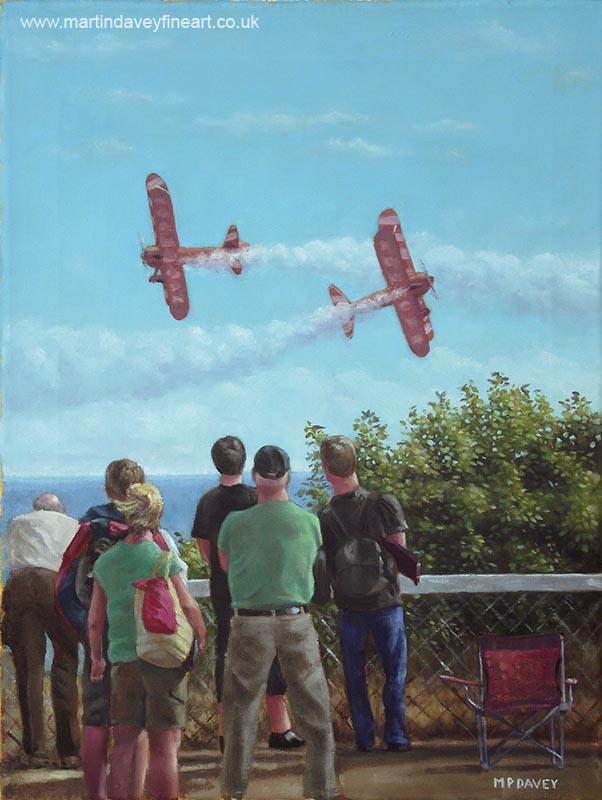 Bournemouth has been having an air show in late august for a couple of years. This painting is taken from a series photographs taken during the second festival year. Using photoshop I created a composite picture to use as the basis for this painting. The location is on overcliff drive, that looks out over the beaches at Bournemouth down below. I used another photo of the planes and positioned them in this location and jiggled the spectators around to get a nice composition. The distinctive biplanes are used in the Breitling Wingwalkers display, where a woman, on each top part of the plane wing, stands and poses while the planes perform acrobatic displays. The painting is done in oils on a smaller than usual canvas, measuring 12" x 16".