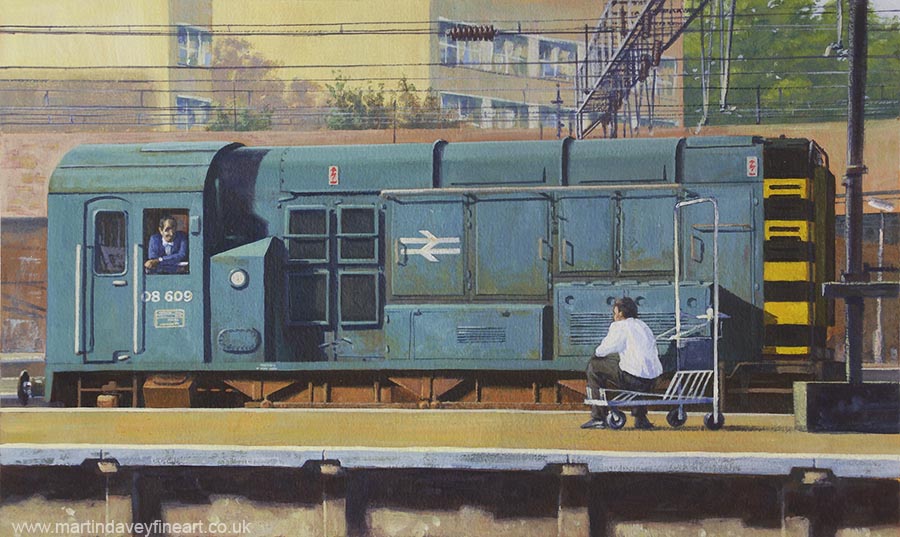 This painting is based on a B/W photograph I took in the early 1990s, one summer evening, and painted soon afterwards. The subject is a diesel shunter (class 08) that was built in large numbers in the 1950s for use on British Railways. Some are still in use in the second decade of the 21st century. It is pictured at the end of Kings Cross station (London). I used other reference for the correct colours when creating the painting.
I tried to create a feeling of an 'end of the day' feeling in the image, with the engine driver awaiting further instructions and the commuter awaiting his own train, and relaxing in the late sun of the day.
It is painted in gouashe on paper, sized 15.7" x 10".
© Martin Davey Fine Art