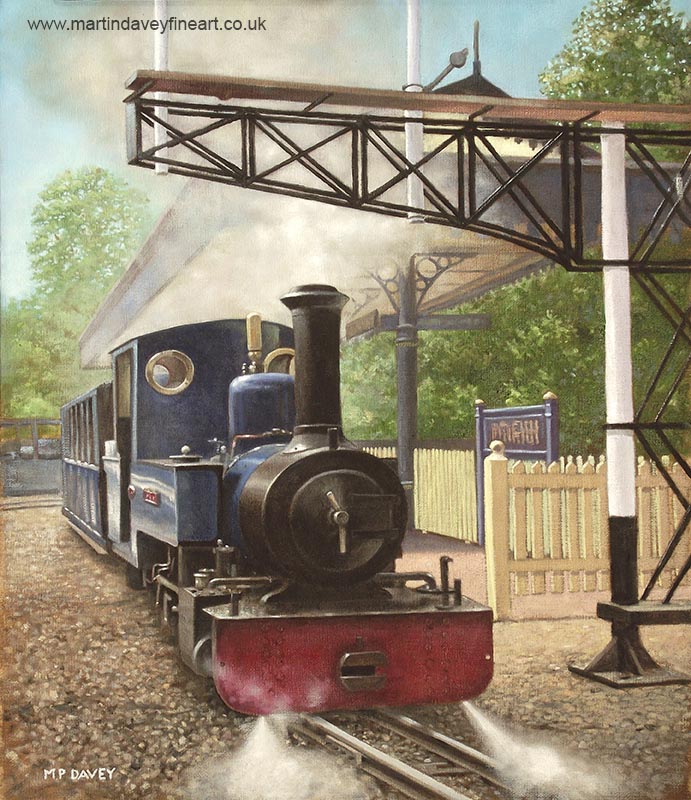 This is a painting of a locomotive at Exbury Gardens and steam railway, Hampshire, in the New Forset, UK. It is named Rosemary and was built in 2001 at Exmoor works. The engine is a narrow gauge one, and works its way around a small railway in the main gardens, full of tight curves, around its 1 1/4 mile length. It is seen at the main station, Exbury Central. It is based on a photograph taken back in 2001, not long after the railway was opened. The painting was not done until 2010. It is painted in oils on a 16" x 20" canvas.