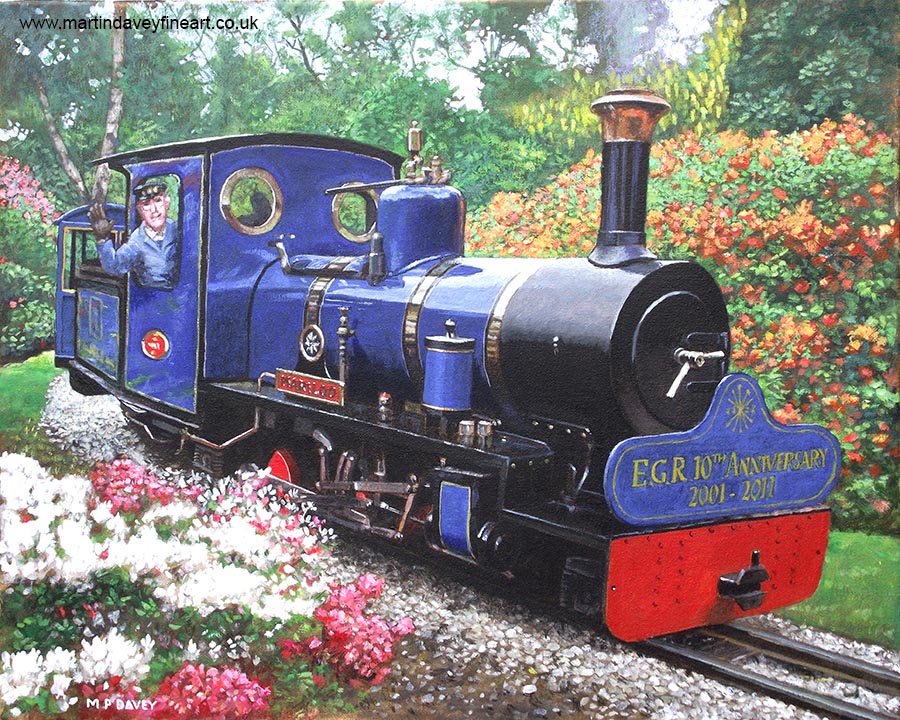 This is painted on a canvas measuring 16" x 20". It is painted in Acrylics which is very rare for me to use, and this was my first Acrylic painting for decades. Often in my paintings the work will be started in Acrylics and then finished on top in oils. The deadline was very tight for this painting, and there was no time for allowed to let (oil) layers dry. I was suprised at how well the acrylic colours came out, and in addition the image was sharper than usual, perhaps because of the medium or the sharpness of the reflections on the engine boiler. The painting took about 5 days to produce. The image was to celebrate ten years of the existence of the the Exbury narrow gauge steam railway, situated at the Exbury Gardens and steam railway, Hampshire, in the New Forset, UK. The Engine was built in 2008 at the Exmoor steam railway, Devon and is named Mariloo. The driver pictured is owner, of the gardens and railway, Leopold de Rothschild. The railway opened in 2001 and this image is based on a modified photograph taken by Nigel Philpot.