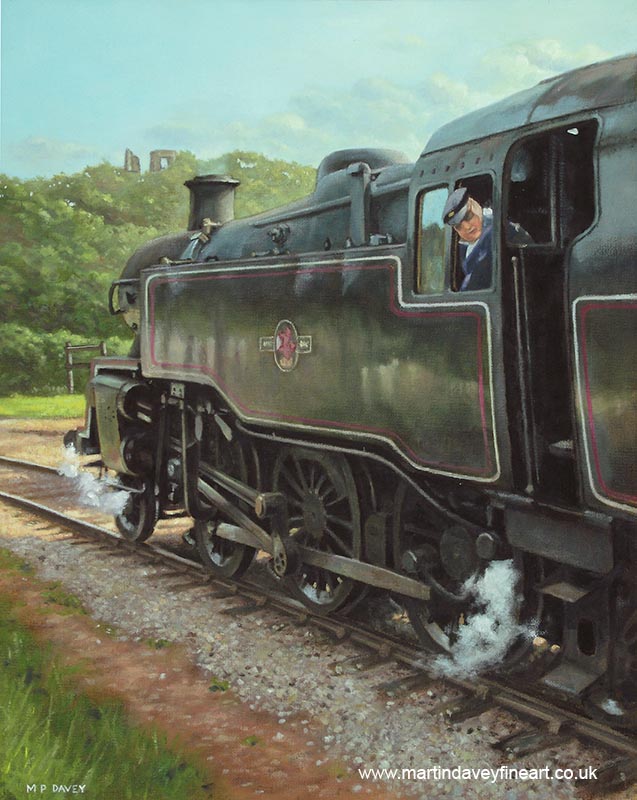 This painting depicts The Swanage Railway, running currently between Swanage, a seaside town in Dorset, UK, and Norden a few miles away. Eventually it is intended to link up to the town of Wareham, few miles further on. On the route the line passes though the village of Corfe, and the ruined castle can be seen on top of hill in this painting. The locomotive is a BR Standard Class 4, numbered 80104. It was sent of scrapping in the late 1960s, but not cut up. It was restored to working order finally in 1997. It is painted in oils on a canvas board, sized at 20" x 16". Painting the pistons and valve gear is difficult but rewarding when complete. The driver adds interest and it is nice to have the sky reflecting in part of the window, breaking up the large, black mass of the steam locomotive. The artwork was completed in 2010.