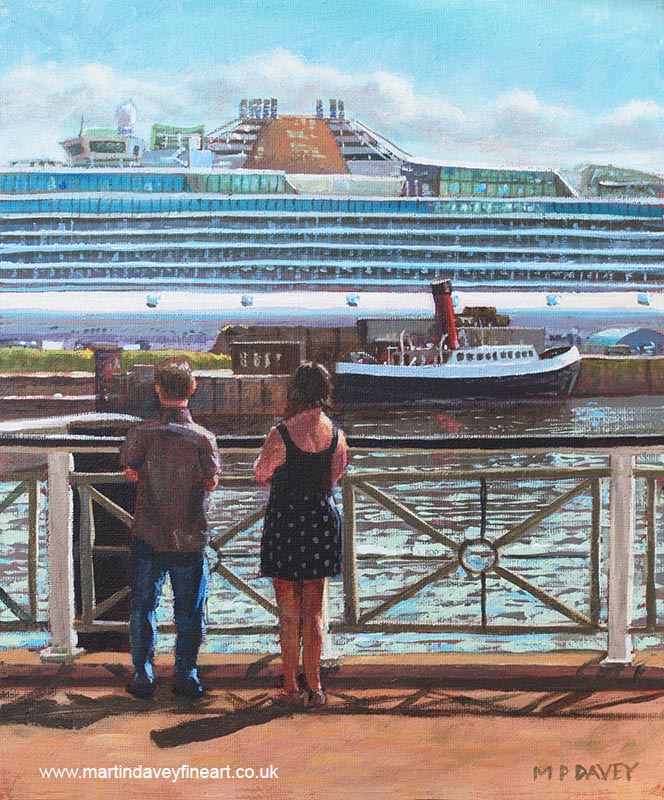 A couple are standing at the ferry terminal at Southampton looking towards the East Docks, at the P&O Cruise ship MV Ventura, one of the largest in Europe, built in 2008. Dwarfed by the MV Ventura is the tug tender Calshot with its characterful red funnel, It was built in Southampton in 1929, and is undergoing restoration. The long, narrow silver building is the Southampton ocean terminal, opened in 2009, and gleaming in the summer sunshine!This painting was done in acrylics on a canvas board sized at 10” x 12”.