SS Shieldhall on a cruise in the Solent 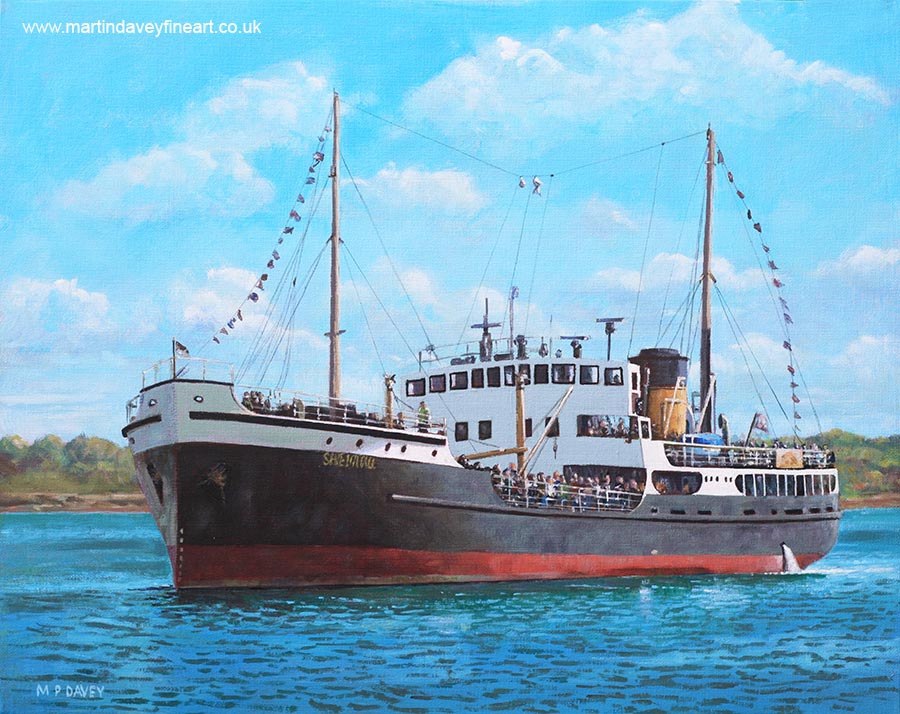 This painting shows the SS Shieldhall, a preserved steam powered ship, on a cruise in the Solent, Hampshire. She was built in 1955 to a traditional, older design and is the largest working steam Ship in Northern Europe. The ship entered in to preservation from 1985 after initially working in the Glasgow area when launched and later the Southampton area toward the end of her working career. The painting was done with acrylic paint on a canvas board sized at 20” x 16”, over a period of a few days during June 2014.