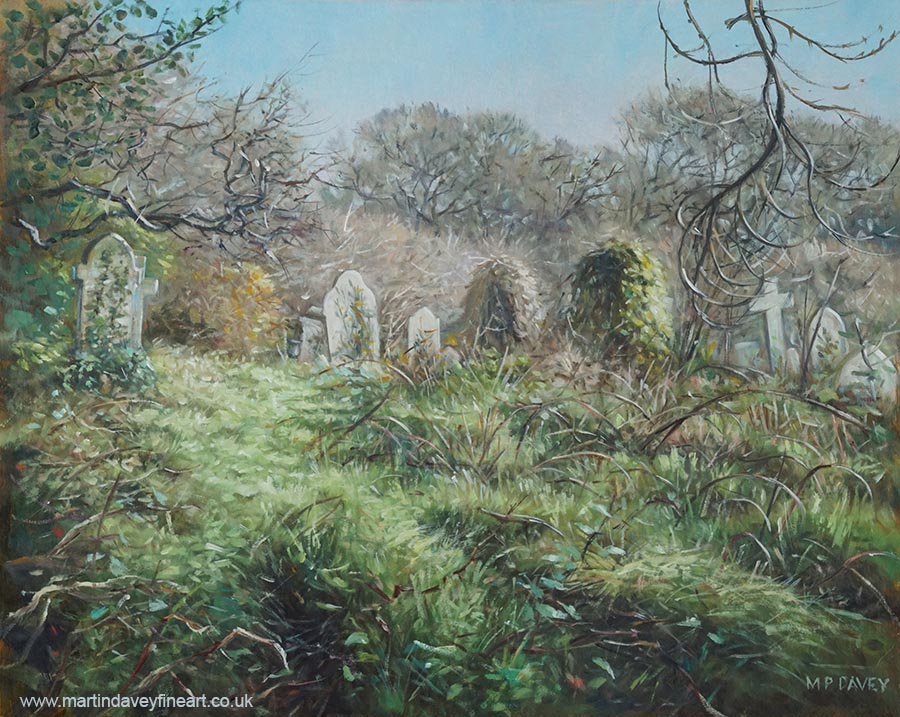 Southampton Old Cemetery during a sunny autumn day is the feature of this painting, produced during late November 2018. It first opened in 1846, in the town of Southampton, UK. The graveyard eventually reached 27 acres in size and has one grade II listed headstone. It also features 60 graves with people linked to the Titanic disaster, but all of these are empty. Most of the site is in a state of uncontrolled vegetation, with just a few areas tidy, although the site is rarely used for burials now sees many visitors enjoying the rambling nature of the site, with gravestones slowly disappearing in the undergrowth. Now the climbing plants and trees have become a part of the site as well as the graves themselves.
This painting was created on mounting board to a size of 20” 16”, and painted in oils.