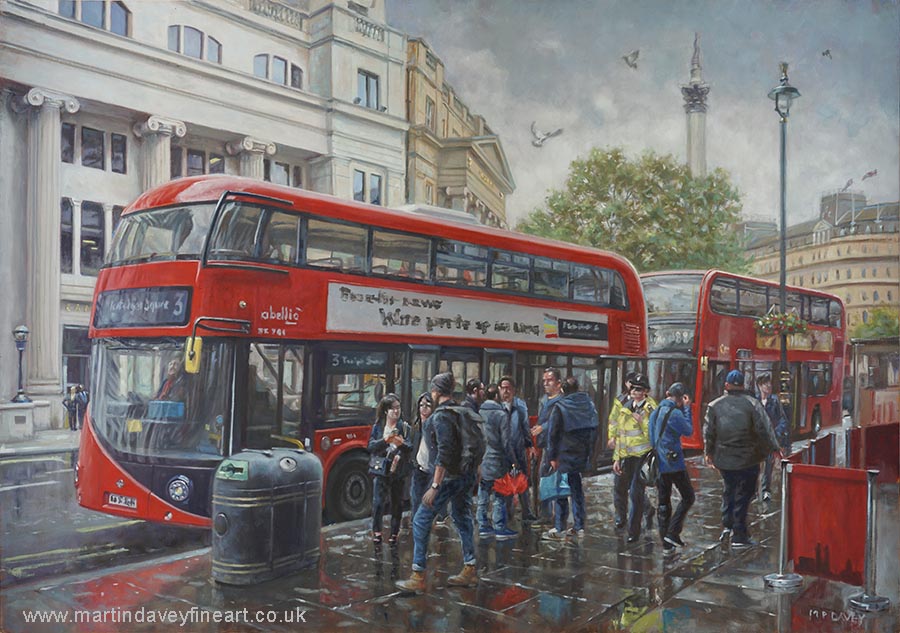 Completed in July 2019 this painting shows a bus stop in London during a wet summers day. The location is Cockspur street, a road leading off Trafalgar square in central London. Nelsons column situated in the world famous square can be seen on the right hand side of the painting. It is a wet summers day and tourists armed with umbrellas are awaiting a bus connection at the bus stop. Two London red buses, with a 'Boris Bus' leading await their next duties, one a '3' and the other an '88' service . A pair of police on patrol are also passing the spot. Cockspur street is thought to have existed from the 16th century. A number of large buildings are along the street including Oceanic House, which belonged to the White star line (as in the RMS Titanic owners), and is now part of Canada house as seen behind the buses in the painting. There are also the Brazilian Embassy and the serious Fraud squad police offices occupying premises in the street.
The painting measures 23” x 33” approx, and is painted in oils on acid free mounting board.