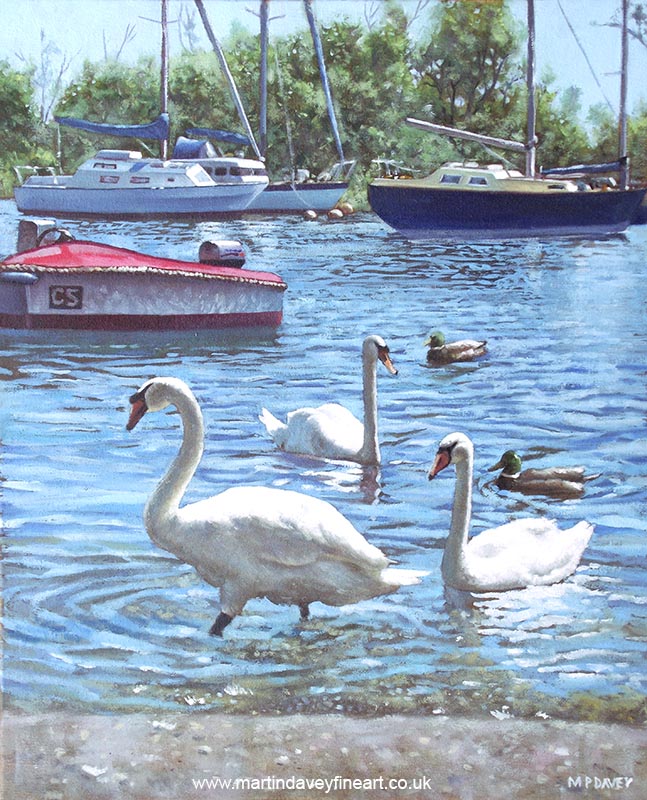 This artwork was painted in oils on a canvas measuring 16" x 20". The location is the pretty town of Christchurch, Dorset, in the UK, on the popular quay populated with many tourists, and swans and ducks, as it has been for centuries. It was based on a photograph taken back in the summer of 2009, though the actual swans are from other photos taken at the same time and repositioned in photoshop. From this final photoshop composition a drawing is produced and this then becomes the start of the painting. Normally such a painting would take about 4 days, spread over two or three weeks. But on this occasion I became very busy after starting, that it was several months before I finished it. I did not like doing it in the latter stages as my original interest had waned, but was determined to finish it, as I never like to have uncompleted pictures around. Overall it is quite pleasant and it does give the feeling of a sunny day.