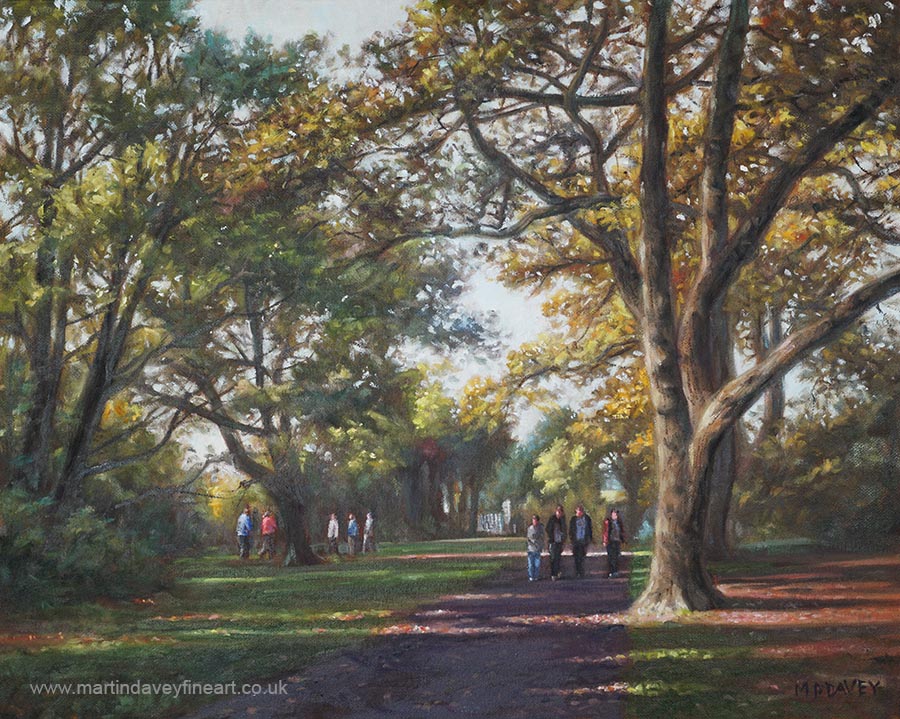 Painted late January and early February this oil painting shows a view from inside the common looking west in the direction of Hill Lane, which would run left to right in the image. Hidden behind the trees is the 'Bellemoor' public house, and beyond the residential area of Shirley, in west Southampton. This is the west entrance for the common. It is a late summers evening and some trees have started to loose their leaves with Autumn approaching. Members of the public are enjoying a walk around the common which is 365 acres in size and also contains the 'old' cemetery, a subject painted by myself a number of times. A number of main routes through the common have tarmac surface but there are many smaller paths winding their way through the woodland areas.
This painting measures 20” x 16” and was painted on canvas. The first layer drawn was done in an acrylic brown painted line, with subsequent layers done in oil. It was done as a demonstration piece to show the public a painting in progress and allow them to discuss with me how it is painted. This public event was held between 30th Jan – 3 Feb 2020 in the Marlands shopping centre, Southampton and drew lots of interest.