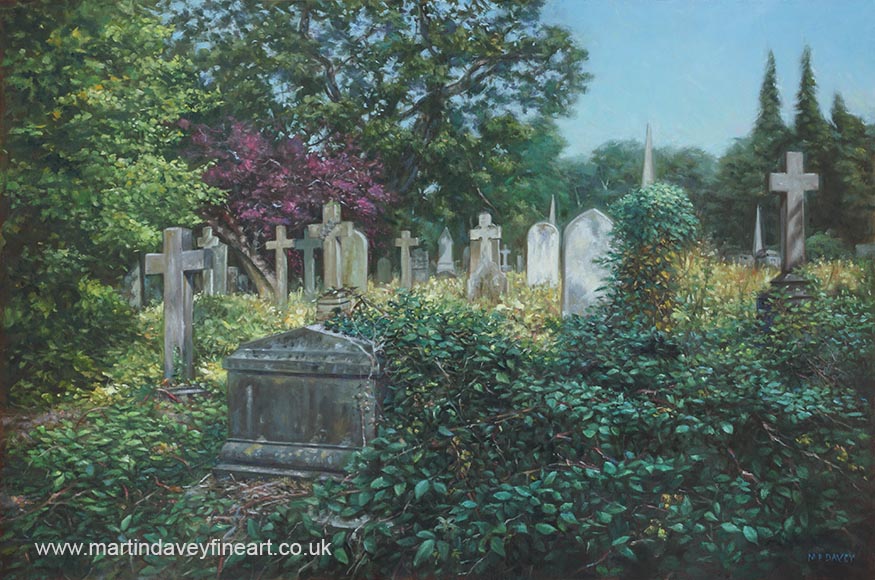 This landscape oil painting shows Southampton (UK) old cemetery from a westerly aspect. It is an early autumn's evening over this large (27 acres) graveyard, mainly used during the 19th and 20th century and with quite a few areas abandoned to nature as seen in this view, while others are more under control. Some of the headstones are of historical importance with one being grade II listed.
The painting, done on canvas, measures 30” x 20” and was started in October 2019 but not actually completed until December of that year.